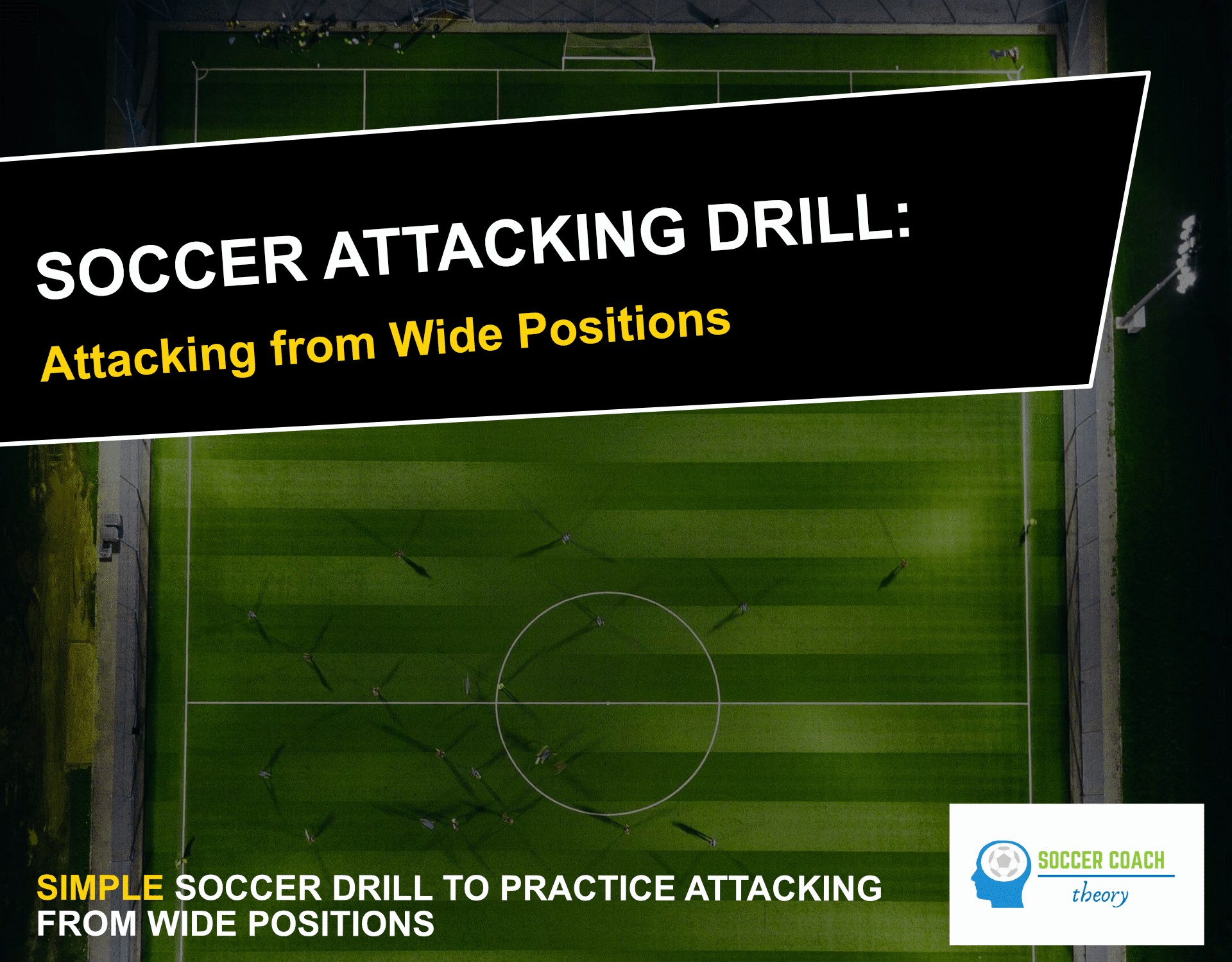 This soccer wide attacking drill is a great drill for your wide midfield players. It’s a great way to give your right or left midfielders, wingers or wide strikers a lot of the ball, and help them practice playing dangerous balls into the strikers.

You can use this as a crossing drill, where you dictate that the wide players must cross the ball from out wide into the box. Or you could give the wingers more freedom to choose the most dangerous type of attacking pass.

If you’re struggling to score goals that start from attacking in wide positions on the pitch, this drills is one for you. You’ll need a number of players to set this one up, and wide players who are confident to get a lot of the ball. 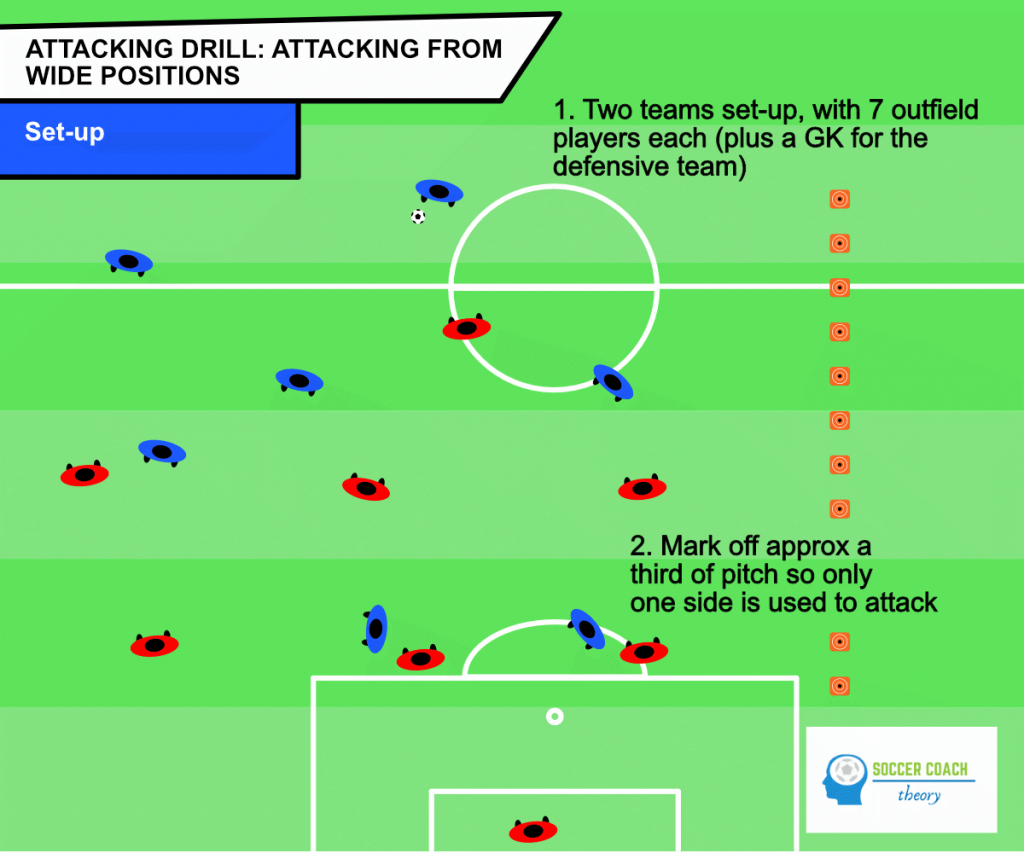 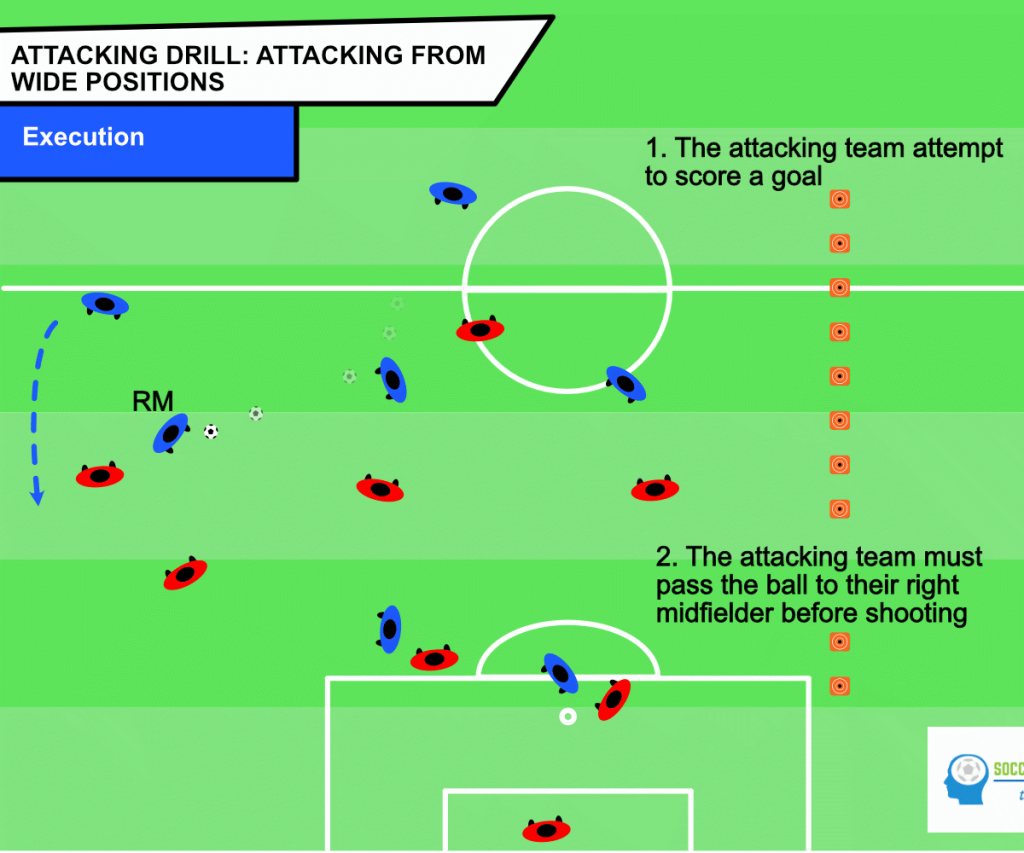