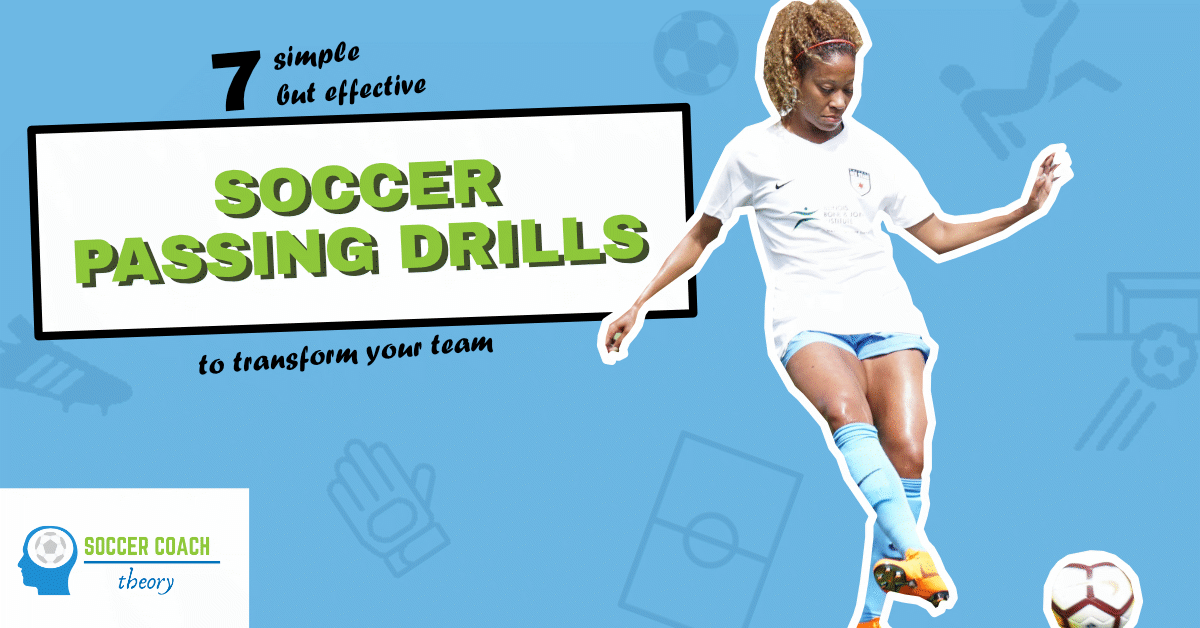 Passing in soccer is one of, if not the, most fundamental of skills. Passing is one of the first soccer skills a child learns. And it’s a skill still practiced everyday by the very best soccer players in the world. Great passing teams are a joy to watch, and possession can wear your opponents down and open up chances to score. So, in this article, we’re going to provide the best soccer passing drills you can use to improve the passing skills of your soccer team.

Why should you use soccer passing drills?

Passing is one of the most fundamental skills in soccer. Every player on a soccer team should have the skills and ability to pass a soccer ball to a teammate. No matter what position you play, from goalkeeper to striker, you need to be able to pass a ball accurately.

Keeping possession of a soccer ball can help to pull the opposition out of place, creating space for your teammates to exploit. It can also help to tire opponents out, as well as give your team a huge amount of confidence.

As a coach, soccer passing drills should for a fundamental part of your arsenal.

When should you use soccer passing drills

Passing drills are usually best placed early on in your soccer practice, when players are still fresh and will enjoy getting more touches of the ball.

These drills can also be used before a match to help warm up your players and get them into the practice of passing and moving.

This simple soccer passing drill can be used early in a soccer practice, or before a match. It includes simple pass and move instructions, and gets players used to staying mobile after making a pass.

This simple soccer passing drill helps your player practice moving the ball out of their feet, laterally, with a good first touch. Varying the type of touch gets them used to using different parts of their feet and helps them understand the importance of setting up the second touch (the pass).

This passing drill is an intermediate level passing drill that teaches your players how to effectively receive a ball and change direction of play. It will reinforce the need for a good first touch out the players’ feet, and being aware of the position of your teammates. It also helps players to practice taking the ball while they’re on the move, as players should be encouraged to move around the circle, and not just stand in the center.