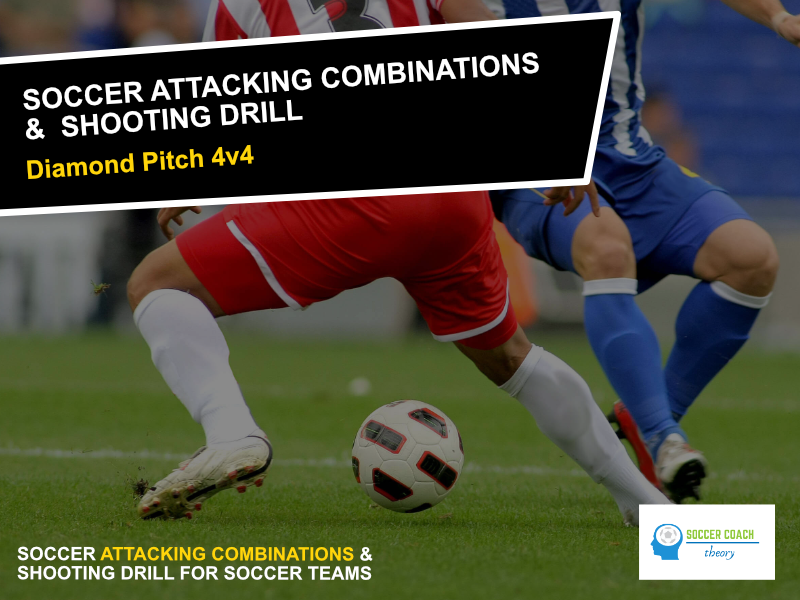 This soccer attacking combinations drill is a fantastic drill to get your central strikers working together as a team. It helps them practice combining together, as well as quick finishing in central positions. It replicates attacking soccer through the central channel, and eliminates the use of wide areas. 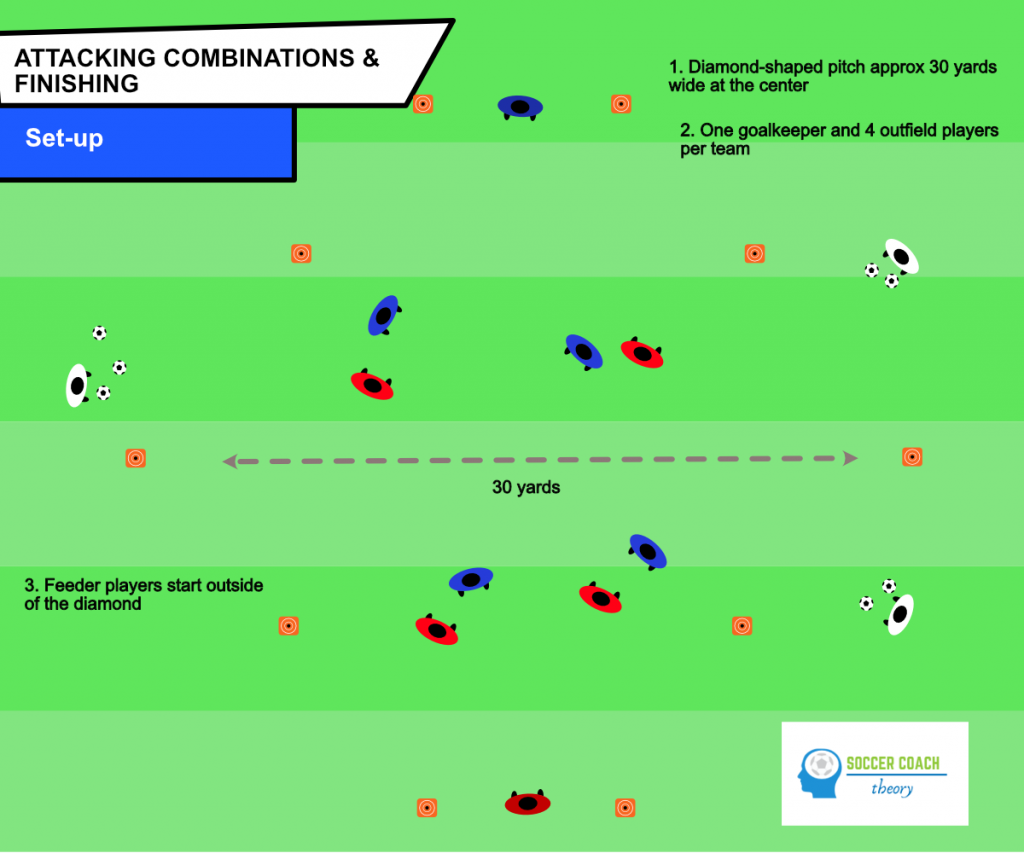 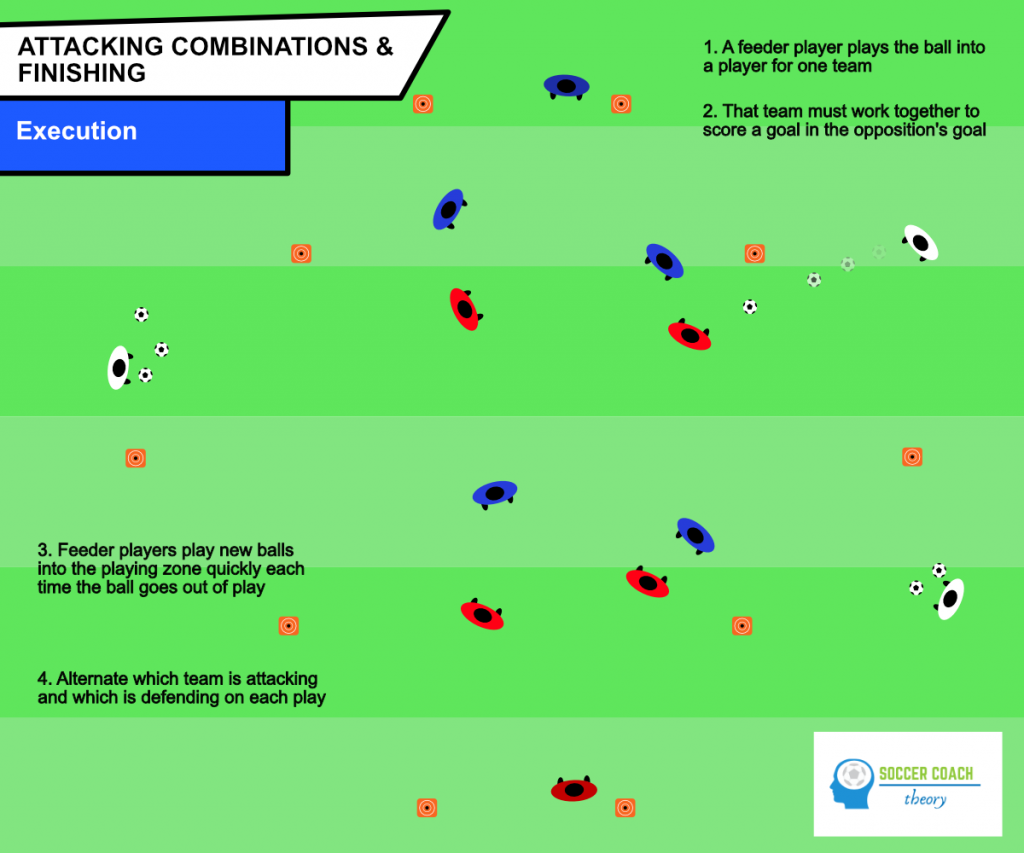 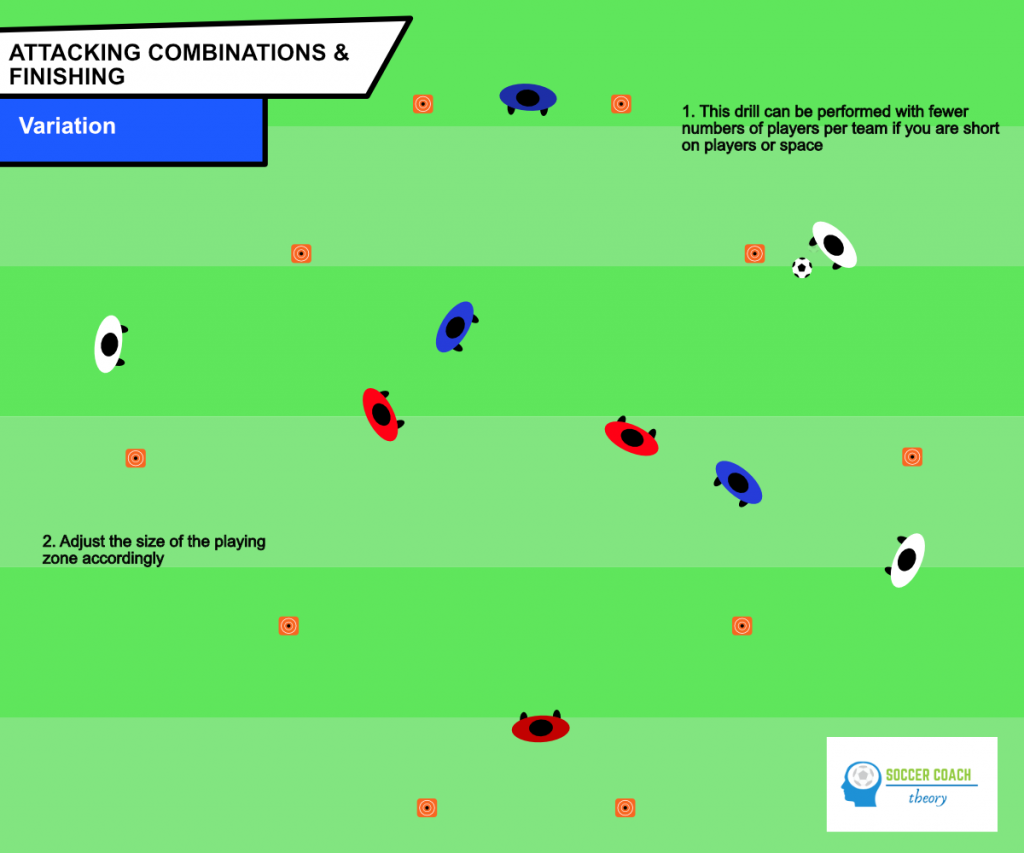