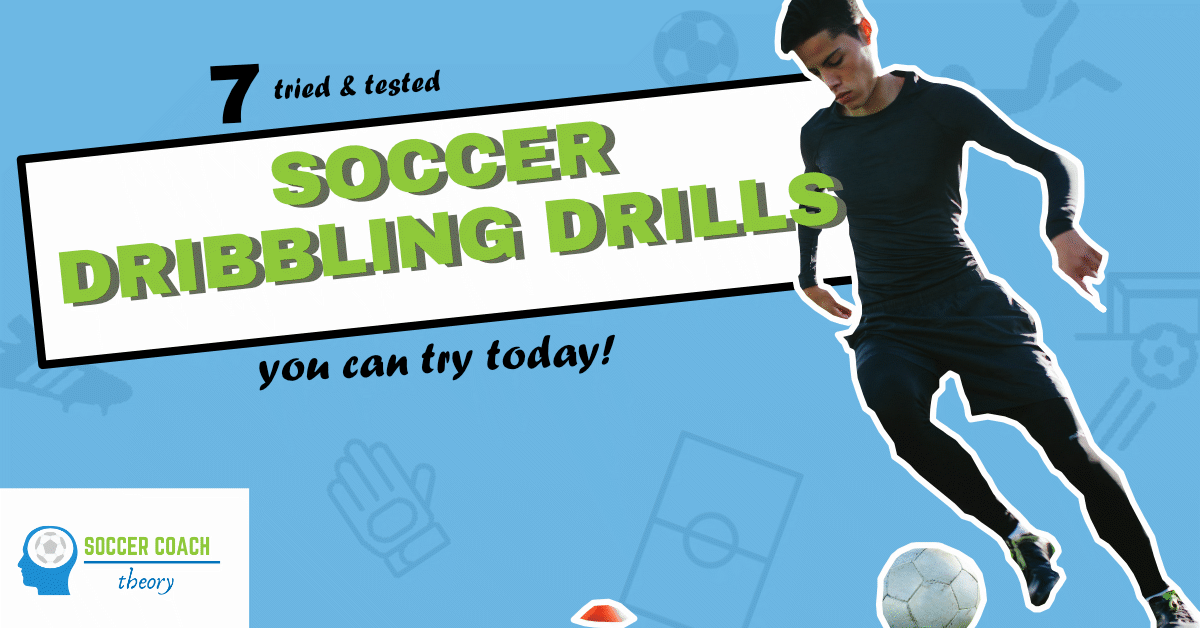 A soccer playing running with the ball at their feet is one of the most beautiful sights in soccer. Dribbling in soccer is a key skill required for almost any position. The soccer dribbling drills below will take your dribbling ability from beginner to advance.

Great soccer dribbling at speed can be the mark of an exciting, creative attacking player. All defenders hate players running at them with the ball. So, being able to dribble the ball with composure, speed and control can be the attacking difference a team needs to take opposition players out of the game and create goal-scoring chances.

Some of the most exciting players in the world are, and have been, fantastic dribblers. Think of Cristiano Ronaldo, Messi, Zidane – all have perfected the art and science of dribbling and could beat defenders with comparative ease.

Why use soccer dribbling drills?

Allows players to be creative with the ball, come up with their own skills and dribbling tricks

When should you use these dribbling drills?

Early on in a soccer training session. Before they are fatigued so rest before. The aim is to complete them well

The focus should be on executing these dribbling drills with good technique and cleanly. The focus should not be on speed. Only once players ca perform the drills well should you encourage them to increase speed.

Players should have adequate rest in between drills so they are fresh and able to complete the drills well. Fitness drills can be separate to these. These drills are working on technique.

Keep the drills fun and add positive reinforcement wherever you can. Soccer players love trying to dribble the ball and you want to encourage them to keep trying these drills and trying new skills and tricks where they can.

This is a soccer dribbling drill for beginners which helps them practice moving with the ball in a straight line. It’s super simple to set-up and is good for any age. It can even be a great warm-up drill for more experienced soccer players.

2. Dribble in & out of cones drill

This drill is a little tougher than the first drill as it requires soccer players to dribble in and out of set cones. This requires them to use different parts of their foot and challenges their lateral movement with the ball as well. It’s a great drill to use to encourage lots of little touches on the ball.

Dribble in & out of cones set-up

Dribble in & out of cones execution

This dribbling drill is a great drill to do on your own or with only a few players. You’ll need lots of cones but the instructions are simple to understand. It’ll give players a lot of touches on the ball and help to build their confidence moving with the ball at their feet.

This soccer dribbling drill starts to add a little bit more complexity dribbling skills. It adds a direction component, as well as a target cone to dribble around. It adds a slight direction of dribbling as well, and can be done with large groups fairly easily.

This dribbling drill is a more advanced drill that includes real defenders that need to be beaten while running with the ball. This much more closely replicates a real-life game situation. Keeping the defenders in strict areas decreases the difficulty and allows attacking dribblers to try more creative skills to beat their man.